You are here: Home › The Jacob Breed

The Jacob sheep is a rare breed of small, black and white spotted, multi-horned sheep. Jacobs may have as many as six horns, but most commonly have two. Jacobs are usually raised for their wool, meat, and hides. They are also kept as pets and ornamental animals, and have been used as guard animals to protect farm property from theft or vandalism and defend other livestock against predators. 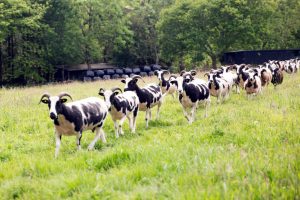 Generally referred to as an unimproved or heirloom breed (one that has survived with little human help), the Jacob is descended from an ancient Old world breed of sheep, although its exact origins remain unclear. Spotted polycerate sheep were documented in England by the mid–17th century, and were widespread a century later.